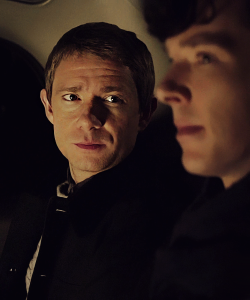 So last night, the last episode of series 3 of ‘Sherlock’ was shown on British television, and we have all survived to write fanfics another day.

Frankly, I am glad it is over.  I am fed up of it.  I am fed up of all the over-analysis and navel-gazing and second-guessing.  Its worse than teenage girls talking about their boyfriends!  I didn’t wait two years for uncontrolled squeeing and unalloyed adoration.  The whole series had massive problems as well as sublime moments, and I have reservations.

Don’t get me wrong, fanfiction has been good to me.  It has taught me to write in ways I could never have explored otherwise.  It has given me the inspiration to write thousands of words and dozens of new works.  I have written every day, and I have loved every minute of it, even the bits when I was sweating blood over plot bunnies and getting aggressive reviews.  It has allowed me to deal with deep emotional trauma and reclaim my sexuality, something I never expected.  So, hooray for fanfiction!

But right now it feels a bit like a straightjacket.

I’ve got so used to writing with other people’s characters that I have lost the confidence to write my own.  And that is more than ‘a bit not good’.

Somewhere along the line, I have lost myself.  My own voice.  The only voices I can hear in my head these days are those of Cumberbatch and Freeman.  My own original characters have fallen silence, and I need to give them back their voices.

Of course, this doesn’t mean that I will never write fanfiction again.  I’m convinced that pretty much everything I have ever written has been a fanfic underneath.  And I had a surge of inspiration yesterday that finally undid the plot block I’ve been struggling over in my ‘Cuddleverse’ story, so hooray for that because it means I will be able to finish the damn thing!  And I so need to finish it!

But now my brain is finally coming back online after our Christmas Emergency, I am realising that I need to branch out in new ways.  That feels scary.  New stuff can be scary.  But if we don’t test our boundaries, how can we ever grow as artists?