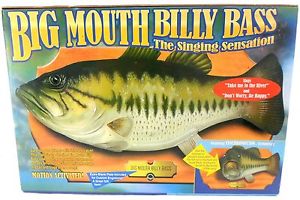 One of my late mother-in-law’s favourite possessions!

Going through my late mother-in-law’s closets in recent days gave me much pause for thought about how well I knew her.  Tim O’Brien’s book, ‘The Things They Carried’ famously uses the idea that we carry with us objects that reflect our characters, our history, our hopes and dreams.  How, I wondered, could this be translated into the mountains of old clothes and shoes, the drawers full of old greetings cards and unopened, unused presents, that we were now faced with?

The hoarding behaviour caused by dementia somewhat warps this connection, although I suppose you could say that their choice of hoarded objects still shows the intrinsic nature of the person’s character, as well as the level of their decline:

I shall never forget pulling back the bedclothes one night to find that my mother-in-law had secreted no less than 17 copies of the Oxford Mail under my duvet, reflective not only of her passionate connection with her home town, but also her paranoid and fierce determination to defy her elder sister, with whom she lived, and who insisted she throw the papers away!

Three things in particular made me wonder about who this woman was, and showed me the complexity of her personality:

This first item stopped even her children in their tracks!  It was a shard of stone, slate perhaps, about two feet tall, and welded to an iron base.  Onto it were stuck three little figures.  They had once been those plastic WW2 toy soldiers, the kind that we played with as kids in the 70s.  These were the crawling sniper kind, posed to lie on their bellies, arms above their heads told hold their rifles, one knee crooked to steady the body.  With the gun trimmed away, and their clothing and faces painted brightly, even down to the helmets daubed with bright orange, they had been stuck to the side of the stone at different stages up the rock.  Sewing thread delicately strung between the figures stood in for climbing rope.  It was a DIY representation of men climbing a Welsh cliff face, and I know it was Welsh because the base wore a sticker from a rural art gallery in Mid Wales.

Now, I should point out that neither my mother-in-law, nor her sister, nor anyone else in the family that I know of, ever went on a climbing expedition, nor had any interest in doing so.  I’m not even sure that my mother-in-law ever visited Wales.  I cannot for the life of me work out why she would have owned such a thing, or how she could have acquired it.  Or what she planned to do with it, having done so.  It is clearly old, probably some thirty years or so, so significantly predates the Alzheimers.  Quite apart from the fact that it is truly hideous, despite the ingenuity of its maker, why would you want such a thing?  And what would you do with it?

If you lived in the UK in the mid 1990s, you will remember Billy Bass because every gift shop sold them.  He consists of a ‘wooden’ plaque, on which is mounted a plastic fish.  When you press the button on the bottom, and if you’ve put the batteries in the right way around, the fish will flap its head and tail, open its mouth, and sing a crackly tune.  Don’t ask me what the song is, I can’t remember – clearly, my mind has blocked it out!  But my mother-in-law loved it.  She would carry it around the house with her, playing it, coming up behind your back and setting it off suddenly to make you jump, bringing it out at every social occasion.  It was the epitome of her completely silly sense of humour, an object that perfectly described her character, and finding it brought back so many memories of happier times.

Buried deep amongst worn out sweaters and cardigans at the bottom of a drawer, my sister-in-law and I came across something deeply poignant, something we never thought we’d find.  A handmade Edwardian christening gown, beautifully decorated with drawn-threadwork and bobbin lace.  With it was a matching undergarment, sleeveless, with the same long, lace-edged skirts.  The gown itself had long bell sleeves edged with the most delicate lace.  Both were made in the finest cotton lawn, carefully washed and pressed.  And with them, a cream silk christening coat (for want of a better word – I have to confess I’ve never seen a garment like it), with a ruffled collar and yoke, frills on the little cuffs, and a deep frill around the bottom hem.  The silk is so soft, and of such a high quality, that it slithers through your fingers like water.

We can only assume that the cotton garments were the ones in which my husband and his brother were christened.  Family heirlooms no doubt.  They certainly look very similar to the one christening photo we’ve managed to find.  But not the silk one.  We don’t know where that comes from.

My mother-in-law never had grandchildren.  I was too ill, and my sister-in-law was the successful headteacher of a string of large secondary schools in London, and had enough kids at work to satisfy any mothering instinct she might have harboured.

Which begs the question…

Were these items bought or kept from the long held and never fulfilled desire for grandchildren?  If she harboured such feelings, my mother-in-law never spoke of them.  She never pressured us.  But I found it deeply sad to find these little whispers of ‘what might have been’ treasured amongst her belongings.

These three items – the one that described her perfectly, the one that showed a deeply buried longing, and the one that seems so disconnected from who she was – say something significant about who my mother-in-law was.  Something the mound of nearly 400 garments we went through could not.  Each demonstrates an aspect of the life she lived and loved, where she lived that life, and the family and friends amongst whom she dwelt.

This seems a significant lesson for a writer, especially for me, as a writer working at the moment on improving depth in my characters. So here is a little exercise for you to have fun with, inspired by my dear mother-in-law:

Then choose three items they own.

One should be something which they might hide away, which represents for them a secretly cherished longing. (The christening gowns.)  What is their dream?  Why must they hide it?

And one should be the complete antithesis of everything you know about them.  (The Climbers.)  Why do they own it?  How did it come into their possession?  What did they do with it?

Write about your character through each of these three objects.