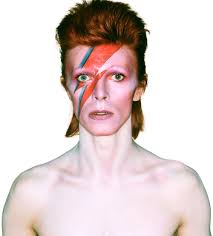 I guarantee this is not the post you are expecting.

In fact, I suspect its probably going to be the most contraversial post I have ever written.  But I’m going to write it anyway.

Amidst the media hysteria and blanket coverage, amidst the tidal wave of mourning on social media, I ask you to spare a thought for those of us who are different.  For those of us who, while recognising that he was a cultural game-changer whose contribution to altering the way society views androgyny and the transgender community was incalculable, just never really liked the music.

I was not one of those teenagers who lay on their bed in the dark, listening to his music and wanting to be him.  He did not appeal to the need to be different in me, mainly because I didn’t have one.  I was too repressed. I didn’t like his voice and I found the majority of his songs rather boring.  I still feel that way.

OK, I like ‘Let’s Dance’.  But Major Tom left me cold, and lets not even go into the whole gnome thing, however satirical.  When ‘Ashes to Ashes’ came out, I remember the misery and boredom of it being at the top of the charts for week after week after week.

On the other hand, I do have an important Bowie memory, one that in many ways affected my life.  It happened in 1986.

Before I go on, I want to explain a little bit about my life before that time.  It was only four years after the Falklands War.  I lived in a Naval town, and most people I knew at school had fathers in the Services.  All my parents friends were in Naval jobs of some sort.  I knew people whose fathers were killed in the sinkng of HMS Sheffield.  I knew boys, whom I had grown up with, boys from my street, who came back from that war irrevocably changed.  While other British kids were struggling with the issues of poverty and unemployment created by the Thatcher government, I was worried about war.  We lived  between two major installations which we had always known would be prime targets in the event of nuclear war.  That sharpens the senses of a sensitive child no end, let me tell you.

One day in 1986, I was in the art studio at my college.   I was working towards my art A level.  The radio was on.  We heard news of the US air attacks on Gaddafi’s Libya.  The air went still.  You could feel the fear.

The lad whose cassette radio it was switched the radio off.  He rummaged in his bag and pulled out a tape.  He put it on.  It was David Bowie’s greatest hits.  And yes, it even included the gnome song.  We played that tape all day, only breaking off to listen at the top of the hour to the news.  We worked quietly at our paintings, and we listened to Bowie over and over again.

That experience taught me two things.

One was how music can transcend fear, can bind a group of people together and rescue them from their worst worries about the future.  Because yes, we really were afraid that Armageddon was about to begin. (Remember, this was a time before America was habitually involved in wars in the Middle East.)

The other thing it taught me that Bowie, however trendy it was to like him, however much I was told I SHOULD like him, sounded a bit boring to me, and I didn’t much like his music.

This latter fact I have hidden, along with not liking Kate Bush, throughout my life, for fear of relentless torment by the trendy and the snobs.

But now as I reflect on his life, I suspect that Bowie would have championed my difference.  After all, he stood for those who stand up to society, for those who are unashamed of diverging from Society’s norms.  He was truly a great cultural icon.

I just didn’t really like his music, that’s all.