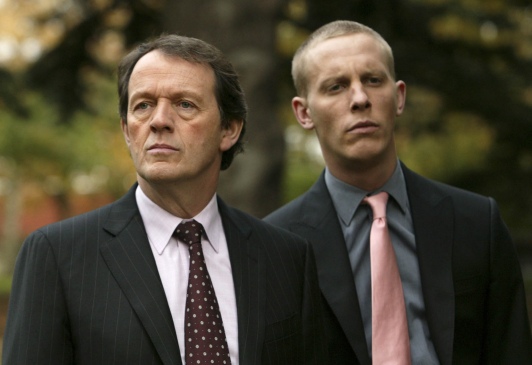 Kevin Whately as  Lewis and Laurence Fox as Hathaway in ITV’s drame ‘Lewis’.

I’ve been ridiculously obsessed with wingfics lately, most particularly with the exceptional story, ‘Jacob and the Angel’ by ComplicatedLight.

This is a little morsel I created, inspired by that fic.

“He’d kept his secret so long.  Nursed it like a baby.  He’d come to hate having to lie to Lewis.  The man was his friend.  More than a friend.  The man who knew him better than anybody ever had, or ever would.  James was under no illusions about his feelings for his boss, even though he knew they could never be reciprocated.  He knew that time, and what had been mostly his own mistakes, had strengthened the tie between them to tempered steel.  No matter how strong it might be, though, there were some things that could not be overlooked.  He had lied to Lewis.  Even if it was by omission, it was still a lie.  And he knew that Lewis would be deeply wounded to realise that James had not shared with him this, his last, his deepest secret.”

To read ‘Two Turtle Doves’ click here for AO3, and here for FF.net.

Finally, a decent book on the deep magic of the earth on which I walk every day. Norfolk is a place full of ancient mysteries and its own energies, and I had a sense of the spirits of place the very first time I set foot on this landscape. Now @valthomaswitch has written the book I wish I'd had at that time, and I can't wait to sink my teeth into it! Thank you, Val, for this treasure. #norfolk #magic #folkmagic #ancients #witch #pagan #iceni
Husband picked up his new sunglasses today. He is now officially a Cool Dude. #blackandwhite #reallife
Me. Tired. No make up. Aged 52. In transition. Deep change. Not yet emerging into something else, something new, but getting there. Pupating. Full of ideas and scraps of insight, little illuminations. Oh, and I got a new haircut yesterday, not that you can see it 😁 #reallife #menopause #change
Walking in the graveyard, enjoying the first hints of spring. Also, I love reading the names on grave stones. Golden Hope. What a wonderful name! #nofilter #norwich #gravestones #graveyard #victoriana #gothic #spring